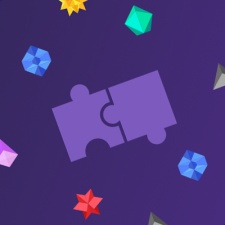 The oddity that is Twitch Bits can now be utilised by extensions, the platform has confirmed.

Bits are a virtual currency that until now have been used mainly as a ‘cheering’ mechanic that offers creators a little extra revenue and fans a taste of recognition. Now these Bits can be integrated into Extensions, which since last year have allowed streamers to customise their channels with assorted interactive plug-ins.

They typically take the form of leader boards, activity trackers and polls. Their monetisation opens up yet another revenue stream for creators.

The combination of Bits and Extensions will allow developer to charge users for these interactions via the currency of bits, with a portion of the revenue heading back to the Extension developer. At launch this stands at 20 per cent, with the rest going to the streamer.

Upcoming features will include things such as stream-message posting and priority queues for joining creator games.

“Using Extensions has always been a smart way to personalize your stream and grow engagement with your community. Now, with support for Bits, Extensions are also a great way for viewers to support Partners, Affiliates, and the developers who build them,” Twitch said.

“Bits are no longer only for Cheering. In Extensions, they can be used to power new, interactive experiences on your channel. As always, it’s crucial that viewers can show support to the streamers they enjoy. With this split, developers will also be motivated and rewarded for building innovative tools that engage streamers and viewers alike on Twitch.”

Bit Extensions will be available to Twitch Affiliates and Partners.