What is influencer marketing in 2018 and how can campaigns make an impact? 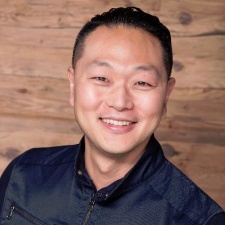 In the early days of influencer marketing campaigns were largely seen as an extension of PR, where brands could also conduct affiliate marketing. This effectively treated influencers like bloggers, who could earn money based on referred traffic.

In modern influencer marketing, there is a full range of marketing campaigns and activations, said Kim, including:

These days influencer marketing is increasingly being used by brands across sectors to reach audiences, including games.

Kim presented research from Nielsen on millennial content consumption behaviour in the US, which claimed that the daily consumption of TV is two times more prominent than YouTube and Twitch.

It also claimed that over one week, on average people spent 18 hours watching content on their TV screens, compared to 11 hours on PCs, laptops and mobile devices.

However, a report from Variety revealed a very different set of statistics. It claimed TV consumption stood at 8.2 hours on average, while Netflix accounted for 8.8 hours and YouTube and other social media platforms made up 12.1 hours.

In a survey of millennials asking what video sources they can’t live without, YouTube came out top with 67 per cent. TV meanwhile came in at 36 per cent behind Netflix and social media like Facebook and Instagram.

Given a platform like YouTube is still significant, whichever report you believe, Kim said where influencer marketing really shines is its impact on the audience.

He said that while views are important, it’s the impact of the video that’s crucial. The things that YouTube campaigns can do best is creating authentic content coming from popular influencers, along with the potential for high engagement.

Factors like this, Kim said, can be used to help convince viewers that a product is worthy of at least being tried out - which Kim says is where influencer marketing comes in.