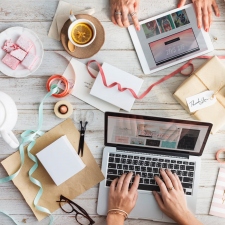 As the word 'influencer' continues to seep into the mainstream, more and more brands are looking to implement this new wave of social leaders into their strategies.

This type of marketing is for everyone, and this year saw some fine campaigns across every sector. With 65 per cent of companies looking to boost their influencer marketing spend in the next year, its time to get thinking creatively.

Here's our pick of some of the most interesting campaigns from the past year and how they went. Whether its viral video games, million dollar sports cars or selling a book, influencer marketing can do it all.

Working With Brands month is brought to you in association with Nevaly. We bridge the gap between your brand objectives and the social landscape by delivering creative solutions that resonate with audiences through content and activations they know and love. Find out more here. Click here to view the list »

InfluencerUpdate.biz's working with brands month is running throughout October