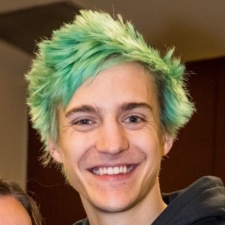 He's the first Twitch broadcaster to hit that milestone and by a quite considerable margin too. PUBG streamer Shroud is in second place with 3.9 million followers.

Blevins made the announcement on Twitter, saying that "this milestone is seriously ridiculous and the one I am most proud of".

Blevins has had an insane year in terms of growth. Not only does he now have over 10 million Twitch followers, he currently has 78,690 Twitch subscribers according to TwitchStats.net.

If all of Blevins' subs spend Twitch's minimum amount of $4.99, he'll be pulling in an estimated $392k a month.

Back in June, the Fortnite pro became the fastest non-music YouTuber to grow from one million to 10 million subscribers. He did it in just under 100 days.

But the best thing about Blevins is that he's utilised his influence for good. July saw him raise a record-breaking $2.7m for Florida-based charity fundraiser GuardianCon.

He also literally saved an orphanage with a six-hour fundraising stream back in May. Ninja is the hero that the influencer space needs right now.

First streamer on twitch to ever hit 10 million followers! This milestone is seriously ridiculous and the one I am most proud of. I have been streaming for a very very long time... and I cannot express how grateful I am to be in the position I am in.