Kylie Jenner is now the most valuable Instagram influencer 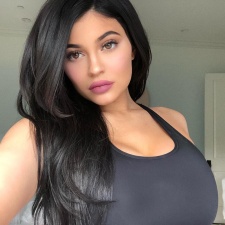 While Kylie still sits behind step sister Kim Kardashian in terms of overall followers, a report from D'Marie Analytics shows that Jenner is the first member of the Jenner clan to "grow her ad equivalent value to over $1,000,000 per post across her social media portfolio.”

In short, her Instagram posts are worth one million dollars of traditional ad spend based on her engagement rates and combined social media following of over 154 million. That number includes Snapchat, where Jenner held the crown for most followers in 2016.

The company has also said that Jenner’s is now “the highest-valued influencer currently on social media today”, a role that was previously filled by Beyoncé.

According to People, Jenner's posts on social media have generated a whopping 186,152,410 engagements over the past 30 days.

“Kylie is an undeniable global brand, which may make some roll their eyes,” D’Marie Analytics’ CEO, Frank Spadafora, said in a press release.

“But the reality is this young, female entrepreneur’s savvy helped her reach a milestone in the influencer marketing and advertising industry which many seasoned professionals have failed to achieve.”

“Influencer valuations move up and down like the stock market, but Kylie is methodical about consistently generating aspirational content for her social audience, without jeopardizing authenticity,” Spadafora added.

“Her use of social media to personally connect with and listen to her fans enables her to deliver products they will actually purchase. This is a true case study for how brands can greatly benefit from working with social media influencers like Kylie.”