UAE influencers will have to pay thousands of pounds for licences 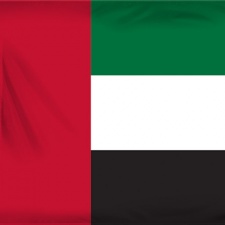 The government of the United Arab Emirates is to force influencers to pay for two licenses if they wish to generate revenue from ad agreements.

The National reports that the country’s National Media Council first announced plans for influencer regulation in March. It has now been confirmed that influencers will only be permitted to continue operating if they pay for both a trade license and a new e-media licence.

The cost of an e-media licence looks likely to be around Dh15,000 (£3,000). The cost of trade licenses varies, but seemingly the total fee could reach as much as Dh30,000 (£6,000). Only once both licences are obtained will an influencer be able to freely place sponsored posts.

The new requirements have also been placed into effect, although influencers have been given a grace period of three months to obtain the necessary permissions. Failure to comply with the rules could lead to the shut down of associated channels and websites, as well as a fine of up to Dh5,000 (£1,000).

Mizra Al Hosani of Instagram channel @sweetlifeinthesandpit said: “I do have a decent amount of collaborations but it’s not worth it to be taking out two licenses for. For one, for sure. But two? No.”

Gulf Business adds that members of the UAE’s Federal National Council last month urged the government to take greater steps toward regulation of the sector.

“People [need to] to understand that when you are getting paid to endorse a product, you must say so,” member Naama Al Sharhan said. “What if I go use the face cream you were pretending to be using and my skin gets irritated?.”