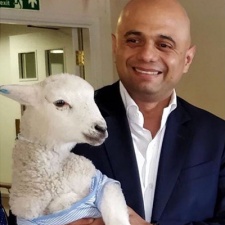 The Conservative’s perpetual battle to shed itself of the ‘Nasty Party’ moniker continues with news that its MPs are being instructed on how to use Instagram to convince voters that they are normal functioning human beings.

The BBC reports that ministers are being urged to use Instagram accounts to show that that are “playful” and “real people”. MPs attended sessions in January after previous efforts to get the social media wheels turning proved unsatisfactory.

Among the material shown at these presentations were examples of Labour’s arguably more effective use of social media, which has helped to humanise the likes of Jeremy Corbyn.

We speak human too

Advice includes encouraging “human shots” and “action shots”, with examples cited including snaps of family pets. Instagram accounts should not, the advice says, be used for government commentary or pushing policies. It can, however, be a good way of giving followers a better insight of the political process or offering glimpses “behind the scenes”.

Other more bizarre advice includes making posts that are “boomerangs”, which are described as a “motion that plays back on itself”. An animated gif, maybe?

MPs are also encouraged to reply to comments, with the BBC citing a recent conversation about lawnmowers by treasury secretary Gavin Williamson as an example of this being put into sparkling effect.

Here are some examples of the slides used in the training sessions: