Instagram may be forced to reveal identity of #metoo whistleblower 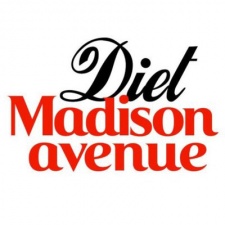 A former exec of ad agency CP+B is taking an Instagram account to court in an attempt to force it to reveal the owner of the controversial Diet Madison Avenue account.

AdWeek reports that Diet Madison Avenue was set up in the name of calling out men accused of sexual misconduct in the advertising and media sector. It is now being targeted by former CP+B chief creative officer Ralph Watson following accusations that were made against him.

The lawsuit will effectively test the strength of the responsibility social media platforms have to protect the identity of their users.

Watson’s lawyers are seeking $10m in damages and a jury trial following posts in January accusing him of being an “unrepentant serial predator” who harassed many women. These accusations, he said, directly led to his firing from CP+B.

The lawsuit alleges that at least 17 people are involved in running the Diet Madison Avenue account, although another 42 people are alleged to contribute to it. Two of these people, who for the moment have not been named, are the targets of the legal action.

“My client’s hard-earned career and reputation have been destroyed by Diet Madison Avenue’s defamatory actions,” attorney Michael Ayotte said. “This case is needed to shed light on the dark side of DMA - how one man can lose everything over false and unsupported Instagram posts.

“As a direct result of defendants false statements, pressure and interference, plaintiff was wrongly terminated from CP+B, despite being an exemplary performer during his entire tenure with the agency.

Ayotte added that “Instagram is not being sued, but will be subpoenaed”.

Watson continues to protest his innocence and stresses that CP+B never received any complaints about his behaviour. He also adds that Diet Madison Avenue has never provided any evidence of his wrongdoing.

Diet Madison Avenue counters that it has “not engaged in any criminal activity” and has simply “published third party information as is”. It also argues that should Instagram choose to collaborate with Watson’s team it will have “serious consequences for the millions who use Instagram’s platform”.

Instagram’s T&C’s do state that “a valid subpoena issued in connection with an official criminal investigation is required to compel the disclosure of basic subscriber records”.