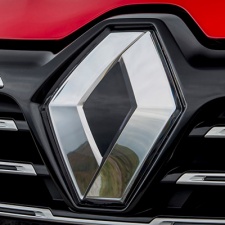 The Drum reports that the company is using an ‘AI social listening tool’ in some European markets which it hopes will accurately select influencer partners whose target markets align with its goals. The tool it is using even allows it to adopt applicable tones of voice for different audiences.

The hope is that the move will allow it to move away from mass communications in favour of reaching fewer, potentially more suited consumers. Indeed, it is typically targeting influencers with only around 3,000 followers.

The idea is being spearheaded by former Facebook man Francois-Xavier Pierrel. He has centralised Renault’s assorted customer databases and is trying to unify them under a more focused social strategy. He claims to be “stunned” by how effective the AI has worked early on.

In the long run it is hoped that the move could let Renault begin to move away from the traditional big-money ad creatives used by car companies, which could be bad news for ad agencies. Pierrel also added that better understanding of data and audience metrics could better position Renault to see through what are at times feared to be erroneous claims from ad agencies about reach and impact.

Currently the company is measuring success through engagement metrics but it does plan to start tracking conversion rates “to make sure that we understand where the money is going, and how much is generated as a kickback”.