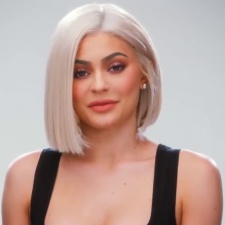 With the influencer market growing and expected to double in value by 2019, these stars, along with many others, contribute to the $1 billion market.

"Everyone has seen or responded to influencer marketing, whether they know it or not," Hopper HQ co-founder Mike Bandar said to CNBC Make It.

"We thought it would be interesting to explore the inner workings of the marketing channel, celebrate the growth of the industry and inspire those who want to be influencers."

The list by Hopper is based on data collected through research with influencers, brands and marketing companies. Jenner’s older half sister Kim Kardashian West also features on the list in fourth place. She’s estimated to make around $720k per sponsored post.

Last month, Jenner became the youngest person on the Forbes list of America’s Richest Self-Made Women with an estimated net worth of $900 million, this is mostly down to the heavily social-media-driven brand Kylie Cosmetics.

Giving Jenner’s current rate of growth, it’s predicted that another year of growth will make her the youngest self-made billionaire ever - taking over Facebook's Mark Zuckerberg - who became a billionaire at the age of 23.

The top from the list can be viewed below, you can view the rest on Hopper HQ’s website. The top earners are also split in to their respected sectors.