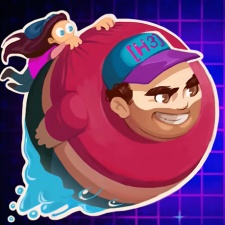 Ethan 'H3H3' Klein is now the latest YouTube personality to hop on to the 'influencer with a mobile game' trend.

In a title called Ball Rider, players control a giant ball that appears to be Klein himself, ridden by Klein's wife and fellow creator Hila Klein.

Ball Riders looks nice and the soundtrack is pleasant, but overall it seems to be a distinctively average runner with enemies, powerups and of course, a good dollop of microtransactions.

The free-to-play game is developed by Outerminds, the studio behind PewDiePie's own titles, Legend of The Brofist and Tuber Simulator.

This isn't the Klein's first foray into video games - last year the pair appeared as DLC characters in PayDay 2.

Ball Riders is available to grab on the Google Play store and Apple App Store, if you've got nothing else on this weekend.