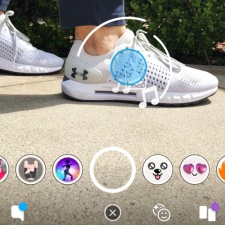 Messaging app firm Snap has partnered with retail and tech giant Amazon to power a new way to buy products from the latter’s online story.

Using the Snapchat camera, smartphone users will be able to take a photo of a product they want and that item or similar ones will be searched for on the Amazon store. Customers can also snap a picture of the barcode to check if the item is available.

If the image is recognised and users are able to buy it, they’ll be taken to the Amazon App to complete the purchase.

An example promotional image showed a person walking by and the user snapping their trainers, which then showed up on the Amazon store.

Snapchat said it would be rolling out the new feature, dubbed Visual Search, slowly.

The partnership could be a boon for Snapchat's as it looks to improve its revenue streams and become profitable after a string of heavy, albeit expected, losses.