The Game Awards was live streamed to over 26.2 million devices 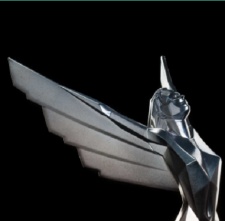 More than 26.2 million people tuned into the Game Awards through live streams.

As reported by Variety, the figure represents an increase of 128 per cent year-on-year from 2017.

Speaking to show organiser Geoff Keighley, the former games journalist explained that he was keen to downplay expectations as the 2017 show saw a jump of 202 per cent. This was mostly down to the viewership being expanded to China.

“The fact that we continue to grow amazes me,” Keighley said.

“I thought last year was the best we would see, both in terms of audience and response.”

Variety goes on to report that the awards ceremony become one of Twitch’s most significant live streams to date with over 1.13 million concurrent viewers watching it during its peak.

Concerning social media, The Game Awards was the top worldwide trend on Twitter for the fourth year in a row.

The #TheGameAwards hashtag was reportedly used 1.6 more times that it was in 2017, and the overall conversation was up 1.9 times year-on-year with more than 1.8 times the number of unique writers.

Alongside handing awards for various games, the Game Awards also honoured a slew of influencers.