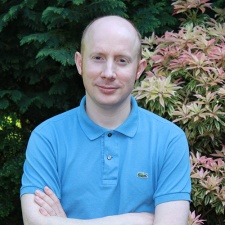 Huey Games CEO and creative director Rob Hewson shares his studio's experience of trying to get livestreamers on board for Hyper Sentinel. This article was originally published on our sibling site, PCGamesInsider.biz.

As any indie developer will tell you, generating awareness for a game in today’s crowded market is the biggest and perhaps the most important challenge they face, and in the age of the influencer it is tougher than ever.

Livestreaming has become a central pillar of content delivery, and with more people watching livestreamed video games than the NFL in 2017, there is a massive market to tap into.

But how do you get influencers, those players that deliver the livestream in the most effective way, to play your game? Do you put your faith and money in one of the many marketeers who have emerged promising, but not guaranteeing, to help you get influencer coverage? Or do you do what developers do best, and tackle the problem from a game design perspective? As we discovered while developing our shoot ‘em up Hyper Sentinel, there is now a platform which allows you to do just that.

Microsoft’s Mixer platform, like Twitch, is a livestreaming service for games, but with one fundamental difference – low latency. On Mixer the latency between a streamer and their viewers is less than a second, presenting the opportunity for real-time, interactive livestream gaming.

For Hyper Sentinel we had the pleasure of collaborating with the team at Mixer to create a distinct “Mixer Mode” which fully embraces these possibilities to deliver the world’s first interactive livestream arcade game.

In designing the mode, we didn’t just think about the best way to entertain the viewers, we thought carefully about the difficulties that streamers face, and how we could leverage interactivity to address these.

The life of a streamer isn’t easy. To grow their audience, they need to work long hours in high-energy mode. Being consistently entertaining is exhausting, and it was not a surprise to learn that some streamers rehearse the “beats” of a game before going live. In a horror game, for example, some memorise the jump scares ahead of time, to prepare an appropriately entertaining remark during their stream. Most of the time, however, the most popular livestream games feature less scripted gameplay, requiring streamers to be improvisational entertainers.

The other challenge streamers face is trying to recognise and respond to their viewers. This is difficult to do in a meaningful way when interaction is limited to a chat window and latency is high, resulting in a disconnect between the viewers and the streamer. Mixer Interactive gives developers the opportunity to address both issues at once.

In Hyper Sentinel, each gameplay beat, such as the streamer being hit by an enemy or projectile, is accompanied by a flash of the username of the viewer who triggered it, making the interaction personal. The Mixer team refer to this as “viewer attribution”, and the choice to have viewers divided between aggressors and allies allowed us to expand and enrich the set of possible interactions.

As game developers, we are naturally excited about how Mixer has enabled Hyper Sentinel to deliver this cutting-edge experience for players, but perhaps more importantly, it has opened our eyes to the promotional possibilities of interactive livestream design.

The age of the influencer has blown apart the old, stable world of promoting games through professional journalists and the magazines they wrote for, and the debris is yet to settle. However, if interactive livestream design can help to pull the problem towards the realm of game design, as it has for Hyper Sentinel, then creative indie developers who are struggling with the question “how do I get influencers to play my game?” ought to sit up and take notice.