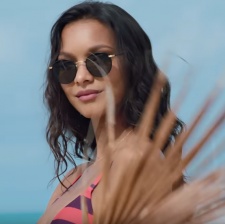 A group of companies representing influencers and media personalities may be forced to go to court as part of an ongoing investigation of the disgraced Fyre Festival.

Gregory Messer, a bankruptcy trustee overseeing the liquidation of Fyre Festival LLC, was given the greenlight to send subpoenas to a handful of companies involved in the promotion of the event.

Companies of note include Kendall Jenner Inc. and IMG Models LLC, alongside various service companies, caterers and consultants. The subpoena has been ordered to work out what Fyre Festival LLC paid for versus what it received from these companies.

Fyre Festival organiser William 'Billy' McFarland is now in prison, and failed to disclose all of the financial information needed for the liquidation of the Fyre Media Inc., the company behind the event.

"Due to the lack of basic disclosures and books and records, the trustee has been forced to obtain critical financial information related to [Fyre Festival LLC] through third parties," Messer wrote in last Friday's filing.

"The debtor maintained only one bank account of its own, which it used exclusively in connection with booking air travel. All of the debtor's funds were run though Fyre Media or other non-debtor accounts, including Billy McFarland's personal accounts."

While multiple inquiries were made into companies still owed by Fyre Media, the transactions of note were mainly to influencer-focused companies. IMG Models were paid $1.2 million for services relating to the event. DNA Model Management LLC was paid $299,000, and Kendall Jenner's company received $275,000.

It is believed that these transactions were covering the costs of influencers creating and starring in promotional material for the event, used to encourage their followers to buy tickets for Fyre Festival. Both IMG and Kendall Jenner are yet to comment on the case.

What was Fyre Festival?

Back in 2017, entrepreneur William 'Billy' McFarland and rapper Ja Rule set out to create a festival experience like no other. It was scheduled to take place in April 2017 on the Bahamian island of Great Exuma.

This festival came with a high price tag and was marketed as a "luxury" experience for those who wanted it. The team flew models and influencers out to the island to create promotional material for the event, while said influencers pushed ticket sales and awareness through their own social platforms.

However, the execution of the event didn't go quite as intended. Instead of a luxury festival on a beautiful island, Fyre Festival became somewhat of an influencer battle royale. The luxury villas promised were actually small tents, and there wasn't even enough food or water to go around. No entertainment, no live acts and no refunds.

According to lawsuits filed later, many of the influencers and festival guests were trapped on the island for days, sharing the events via social media as they unfolded. More of the event's real-time details were unveiled in a harrowing Netflix documentary this month.

Last year, McFarland was sentenced to six years in prison last year after confessing to charges of bank fraud and wire fraud. He was out on bail for a short time before being picked up again for another fraudulent scheme set up between the events of Fyre and his original jail time.

A 'Fyre Festival 2.0' is taking place in Liverpool with a 'VIP experience' that'll set you back £250k