Instagram co-watching function could be coming to the platform 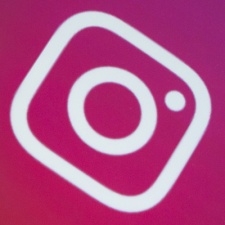 Instagram is reportedly working on a feature that allow users to co-watch videos with friends, inside the app.

Much like Facebook’s Watch Party feature that lets users watch videos as a group, Instagram has a similar feature within its Direct Messaging. Co-Watching may allow Instagram users to see more ads, spotlight more creators on Instagram and more, but its not yet clear if users can watch videos simultaneously.

The feature was uncovered by TechCrunch tipster, Jane Manchun Wong, who is a reverse-engineering specialist.

Her work has allowed her to find updates coming to the app well in advance of their reveal, like Instagram’s video calling, music soundtracks and Time Well Spent dashboard.

The code that Jane looked through mentioned a few interesting tidbits, including “cowatch content” and “playlists” that clue everybody into what the feature may be. But it’s unclear if everyone will be able to appear picture-in-picture while watching videos with friends.

Since TechCrunch’s finding, Instagram has not given an official comment on the matter. Much of this could change as the year goes on, or we could hear an official announcement or statement from Instagram at some point.

However, the findings seem to match up with trends and updates observed over other social media platforms, as Instagram's parent site Facebook has already implemented a co-watching feature.