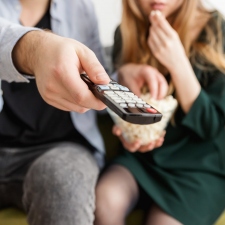 A number of major networks and media companies are coming together to create a new technology standard for smart and connected TVs.

The standard will make it easier for brands to sell targeted advertisements to TV networks and channels.

Some of entertainment's biggest names are on board, including Disney, Comcast, Discovery, and many others.

What is being referred to as Project OAR, an acronym for “Open Addressable Ready”, will allow the group to implement watermark technology designed to help TV programmers send targeted ads to people with smart TVs.

This means that ads for different viewers watching the same content will be specific to that viewer based on their watch history and activity. This move is a solid effort from television networks to compete with online ad providers.

The work on Project OAR is expected to be completed by next year. TV company Vizio Inc. will help make the standard for the technology and equip its TVs to read the watermark, while receiving input from the group as it does so.

Other media companies including the AMC Networks and AT&T have also announced similar plans to create more targeted TV ad opportunities for marketers.

YouTube TV now has Discovery channels, but the price is also changing