Twitch karaoke game Twitch Sings is now available to everyone 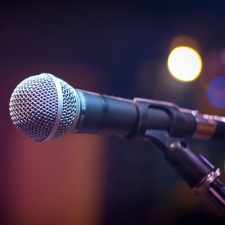 Twitch has released Twitch Sings, a new free-to-play karaoke game that can be used alongside its streaming platform.

The game was developed by Twitch in partnership with Harmonix. the studio behind popular rhythm-game Rock Band. The game has close to 2,000 songs included, with more tracks on the way.

Players can hook up their Twitch accounts directly to the game, which allows them to stream the game without needing any additional equipment or third-party software.

The game supports duets between streamers using asynchronous multiplayer. As players sing more songs, they can gain XP and coins which can be used to purchase cosmetic items for their in-game avatar.

Though the game is free now, there will be additional premium items and microtransactions added at a later date. Everyone can download Twitch Sings for PC via their website.