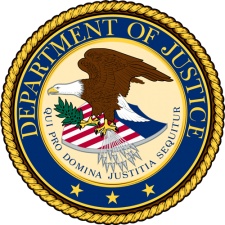 An influencer was found guilty and convicted of conspiracy to interfere with commerce by force, threats and violence over a website domain name.

As reported by The Daily Dot, Rossi Lorathio Adams II faces up to 20 years in prison for hiring his cousin to force a man at gunpoint to give up his domain. He is also looking at a $250,000 fine and three years of supervised release.

According to a report from the Department of Justice, Adams had started a social media company called State Snaps that utilises platforms like Twitter, Snapchat and Instagram. It shows activities of young adults engaging in “crude behaviour, drunkenness, and nudity”.

Adams wanted to obtain the domain name for the website “doitforstate.com”, but the domain had already been taken by someone else on GoDaddy.

After a period of two years during which Adams had failed to get the owner to sell the domain, Adams sent over his cousin Sherman Hopkins Jr. to break into the domain owner’s home.

Adams had given Hopkins instructions on what to do in a note sent to him beforehand, including on how to transfer over the domain.

The homeowner defended himself and in the struggle shot Hopkins a few times in the chest. The homeowner was also shot in the leg during the struggle. Police arrested Hopkins shortly after and he was jailed for 20 years.