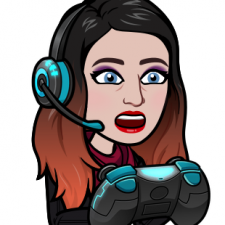 Snapchat is releasing a software development kit for Bimoji for Games.

The SDK will allow developers to utilize Bitmoji avatars in their games on console, PC, mobile platforms.

This comes after Snapchat announced it was launching a game platform on the social media app. But this will be open to developers looking to make games in a bunch of places, not just for Snapchat.

Bitmoji for Games SDK will let developers on any platform build compatibility for Bitmoji in their games, according to Techcrunch. Players will be able to customise their own avatars via the mobile app, then use a QR code to import that avatar into a selection of games.

“We’re adding an identity layer to gaming that has the potential to have a transformational effect on the industry," said Bitmoji co-founder Ba Blackstock

It's worth noting that only the 'top developers' for each platform are being chosen to use the SDK for the moment.

Snapchat is supposedly limiting the types of games that Bitmojis will appear in. Details about the guidelines for developers using Bitmoji have not been disclosed yet.