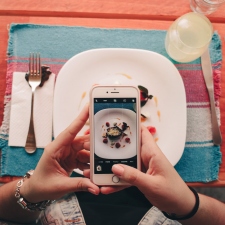 The study followed 56,000 active internet users across 81 countries, and results showed that a huge majority lack confidence in what they read and see from influencers who post content on social media.

The study attributes a lot of the caution of influencers to suspicion, as both consumers and regulators continue to ask questions about the transparency of brand-influencer deals.

“[The data has] made people more aware of issues surrounding credibility and transparency on the internet," said Head of client Insight EMEA for UM, Liz Haas.

"Legislation like the EU’s GDPR is working towards rebuilding that trust, particularly regarding what is done with our personal data, but brands will also have a key role to play over the coming years.

"It’s clear that trust is fast becoming the currency of the new internet, and brands able to demonstrate that they’re transparent and responsible in the moments that matter are going to be best placed to succeed.”

Conversations like this are sure to continue over time, with more action possibly being taken by organisations worldwide who are concerned about the ethics of influencer marketing.