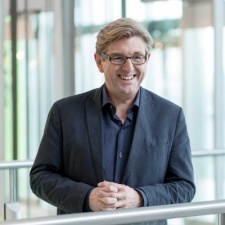 Recently-retired Unilever CMO Keith Weed has chosen to invest in Tribe, a startup dedicated to connecting brands and influencers.

The move marks Weed's next step within the advertising sector after parting ways with Unilever last month, where he resided for 35 years.

Tribe recently racked up over $7.5m a round of Series A funding which Weed also contributed to, but the amount he personally contributed is not public.

"[Tribe] fits well into that brief that builds on the insights that I've learned and keeps me in the market,” Weed explained, speaking to The Drum.

Weed also gained experience of working alongside the platform last year, during a joint Halloween campaign between Tribe and Unilever.

“We briefed on Wednesday for something on Saturday and by the Friday we had that content up and live for Saturday. I think that reflects the speed and cost-effectiveness marketers need,” he added.

According to The Drum, Weed doesn't plan to stop at Tribe. He has aims of investing in multiple startups as well as assuming executive and trustee roles whether he chooses to land.

Weed is a staunch advocate of transparency and regulations within the influencer marketing realm. Last year, he spearheaded an influencer crackdown which saw Unilever push back against fraudulent influencers.

TRIBE: "influencers provide marketers with dexterity and choice. It's highly advantageous in the world of speed and personalisation"