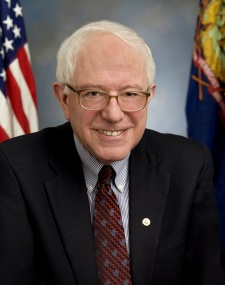 Senator and presidential candidate Bernie Sanders has kicked up his own Twitch channel.

The channel launched on Tuesday, and currently has over 41,000 followers so far. It's already been verified by Twitch.

Sanders is one of the first presidential candidates to have a channel on the livestreaming platform, alongside fellow candidate Andrew Yang. The channel is yet to broadcast anything, but the page has a button that leads to Sanders' donation page.

According to reports, the Sanders campaign plans to host a series of promotional streams on Twitch, YouTube and Facebook. Sanders and his staff will provide updates and discuss news, perhaps over a game of Fortnite if we're lucky.

Twitch could be considered a great marketing tool for a political campaign. 21.3 per cent of Twitch's 15 million daily users are based in the US, and 55 per cent of those users are aged between 18 and 34.