Top 10 streamed games of the week: World of Warcraft views up by 221% 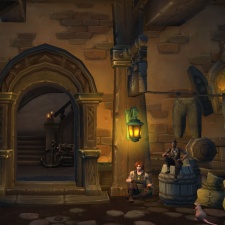 Fortnite sees a rise in views as it tops the chart for another week. This weekend saw the end of Fortnite Season 9, which culminated in a live event featuring a giant robot fighting a monster. Saturday's excitement bolstered hours watched by 13.6 per cent.

League of Legends takes second place, but sees a 9.6 per cent decrease in views over the last week. Teamfight Tactics moves into third following a 15.2 per cent rise in views, racking up over 19.4 million hours watched.

Grant Theft Auto V moves into fourth place after a 31.3 per cent rise in views. The title just saw a dubious new update which a casino, where players can exchange real money for in-game chips.

Counter-Strike: Global Offensive falls to fifth after a 26.1 per cent decrease in views. World of Warcraft smashes back into the chart after a massive 221.1 per cent rise in hours watched. This adds up, considering WoW-focused Method on Twitch is the most-watched channel for last week.

Minecraft takes ninth place, and a 27.7 per cent increase sees the block-based phenomenon rack up over 8/4 million hours last week. Closing the chart is Apex Legends, which saw a 1.7 per cent decrease in views.