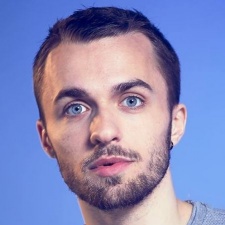 Warcraft streamer Asmongold takes the top spot for another week running. The Twitch-based creator racked up over 2.8 million hours last week despite a 21.6 per cent decline in views.

PUBG Mobile Indonesia is a new entry in fourth. The YouTube channel, as the name suggests, has been covering the PUBG Mobile esports scene in Indonesia.

Shroud takes fifth place after a 35.2 per cent rise in views playing the Call of Duty: Modern Warfare beta. His spike in views knocks slots channel MontanaBlack88 into sixth place.

xQCOW drops from third to seventh after a 13.5 per cent decline in hours watched. Gotaga on Twitch moves into eighth following a 55.4 per cent increase in views playing Minecraft.

PlayHearthstone on Twitch also enters the top 10 after amassing over 1.1 million hours covering the Grandmasters Europe/Americas tournament last week. Guales falls from sixth to tenth after a 20.6 per cent dive in hours watched.