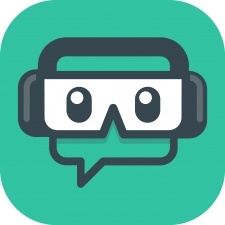 Streamlabs released its quarterly report this week, which details significant changes and trends in the streaming space over the last three months.

Q3's biggest shakeup was caused by Tyler 'Ninja' Blevins, who announced on August 1st that he would be leaving Twitch and heading over to Microsoft's Mixer, where he now streams exclusively.

Blevins' presence on the platform has created millions of new views and users on Mixer, as well as opportunities for smaller streamers to be seen by new eyes. Streamlabs' report takes a deep dive into the state of each platform during Q3. It also includes data provided by Newzoo.

Twitch remains the most-watched platform by a considerable margin, racking up 2551.4m hours watched during Q3, which is an increase on its 2.43 million in Q2. YouTube Gaming Live amassed 675.9m, and Mixer accumulated 90.2m.

However, while YouTube Gaming amassed more hours than Mixer, Mixer saw almost triple the amount of hours streamed which suggests that more streamers are checking out the platform. Twitch saw 87.3 hours streamed in Q3.

Blevins' departure from Twitch didn't affect streaming hours on the platform as much as expected. In Q1 2019, over 100 million hours of content was streamed on the platform, and that decreased in 89.6 by Q2.

However, Q3 has seen a 10 per cent decline to 90.2 million hours watched despite the streamer's presence. This could be a drop off in his views, or a drop off from the streamers that gave Mixer a go at the start of the quarter.

But while hours watched has dropped off slightly, total hours streamed on Mixer has almost tripled in Q3. Mixer saw 11.3 million hours streamed in Q2, which rocketed up to 32.6 million hours in Q3. While fewer people seem to be watching on average, creators are making almost three times as much content.

This is backed up by the number of unique channels that have popped up on Mixer over the last three months. In Q2 it has 1.95 million channels, which almost doubled to 3.9 million in Q3.

The total number of hours streamed on YouTube Gaming has decreased from 12.6 million hours in Q2 to 11.1 million in Q3. Bear in mind that Mixer's streamed hours shot up to 32.6, meaning almost triple the content was broadcast via Mixer this quarter.

The amount of unique channels on YouTube Gaming has also dropped from 1.17 million channels in Q2 to just 884.7k in Q3, a decrease of 25 per cent.

Fortnite is still one of the most popular, if not the most popular title across the major streaming platforms, but it has experienced a steep decline over the last year.

In Q1 the title racked up 304.6 million hours watched on Twitch, which dropped ever so slightly to 294.2 million. Q3 saw its most dramatic decline yet, sinking down to 223.4 million, the lowest its been since Q1 2018.

Of course, Blevins' departure from Twitch plays a part in the decline, but it's worth noting that the entire battle royale genre is waning on Twitch, while the role-playing genre thrives.

While BR content began 2019 leagues above every other genre on Twitch, it is now the fourth most popular genre, behind shooters, battle arena, and role-playing.

Battle of the brands

With those genre switch-ups in mind, it's interesting to note that Epic Games is continuing to fall behind other games companies on Twitch. Blizzard content triumphed with a successful Warcraft quarter; the release of WoW Classic saw users soak up 189.9 million hours of content in Q3, almost 100m more than Q2.

Blizzard is closely followed by League of Legends' publisher Riot Games. LoL racked up even more hours watched than World of Warcraft, clocking 218.4 million hours watched. Valve also overtook Epic in Q3, owing to a resurgence of Dota 2 and CS:GO.

Overall, there's been huge changes to content on Mixer, and while Twitch remains the most popular platform in terms of views, the amount of streamed hours and unique creators on the platform is dwindling. Fortnite remains overtly popular too, but it's no longer the king of Twitch as it has been for so long.

The top end of Twitch is also more turbulent than it has been in the last year, as both Ninja and Fornite have leveled out. Multiple games are competing for the top spot on Twitch, as are multiple streamers.

Q4 could be interesting if Twitch continues to drop, and Mixer continues to grow while managing to retain its new users in the long term.

Microsoft's Mixer rolls out ads for the first time, but the revenue won't go to streamers yet