GameInfluencer on the power of influencer marketing for mobile games 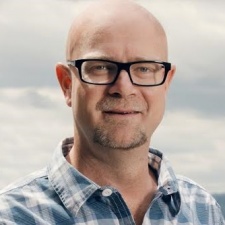 But work has been going on at GameInfluencer for far longer, with the company starting out in June 2016 initially as a part-time endeavour.

It was at Flaregames, a company which he also co-founded, that the seed was first planted for GameInfluencer co-founder and Managing Director Georg Broxtermann.

“Two years ago I wanted to run an influencer campaign for Royal Revolt 2, and what I found out is that all the companies in the market - all the multi-channel networks, agencies, platforms - are not really focused on the needs of the publishers,” Broxtermann tells InfluencerUpdate.biz.

“You end up getting influencers who haven't done enough revenue in the last month, or needed some more support, but they haven't understood how data-driven the publishing process is.”

Gap in the market

GameInfluencer began in earnest to address this, building a platform to find mobile games publishers the best influencers to work with and running some test campaigns.

When you find the right influencers for the campaign, the quality of the users is very, very high.

“We saw astonishing results, and we've proven a couple of times now that when you find the right influencers and the right set-up for that campaign, the quality of the users is very, very high,” asserts Broxtermann.

“As high as Facebook users, and the costs are much lower.”

The key to this is GameInfluencer's database of more than four million influencers, and a data-driven “lookalike approach” to finding those that are best-suited to a campaign.

“When you've found the channels that work best for your campaign, we just put the information about these channels in our database and look for lookalike channels,” Broxtermann explains.

GameInfluencer's role is to find appropriate influencers, brief them on the task, run the campaign, handle payments and provide a detailed report to the publisher at the end.

One of its major clients has been Wargaming, for whom influencers play a big role.

The World of Tanks developer is said to have a dozen or so influencers they “really take care of” and have direct contact with, but GameInfluencer has allowed it to reach a great deal more, working on over 150 videos for the studio.

“You don't want to handle a campaign with 40 or 50 influencers as a publisher,” considers Broxtermann.

“Publishers don't want to deal directly with these medium or smaller-sized guys, but the quality of users can be extraordinary. We offer probably the best users for the best price, if you want to talk in the marketing language.”

As such, Broxtermann believes that while the amount of the average mobile game developer's UA budget that's given over to influencer marketing is “in a one-digit percentage area,” this is sure to grow.

“I think it would be stupid from a publisher point of view if you don't invest at least 10% to 20% of your budget into influencer marketing,” he says.

However, it's not a one-size-fits-all approach. Broxtermann is frank about the fact that influencer marketing isn't a magic bullet, and that its results are dependent on the game in question.

It's hard to make well-performing and highly-converting videos out of lame games.

“It's sometimes hard to make creative, well-performing and highly-converting videos out of lame games,” he admits.

“Sometimes games of mediocre quality are actually monetising pretty well, and they would like to do influencer marketing, but it's not easy.

“The best results we see are for high-quality RPGs, strategy games, interesting casual games as well. But when you have a browser game-style title, where the most interesting part is only going on in your head, it becomes really hard to make an attractive video.”

This is inevitably geared towards more hardcore games, given that GameInfluencer's biggest focuses at present are YouTube and Twitch.

“You still have problems with a tracking link on Instagram and Snapchat,” explains Broxtermann, “and publishers don't like campaigns which are not trackable.”

However, there is still room for working with influencers in the lifestyle space to promote more casual experiences. It simply demands a different approach.

“When you have a casual game with a target group of women who are 30+, these women are not watching 10 to 15 minute Let's Plays,” states Broxtermann.

“They are interested in fashion channels, or cooking channels, or other channels, and when you come up with a good, creative concept, this is something that works very well.”

The key is to find common ground that ensures the game doesn't feel incongruous to the personality and their channel.

Broxtermann uses the example of a cat game and a cat-based YouTube channel being a natural fit outside of the traditional gaming channels.

GameInfluencer was already building a strong foundation to suit various types of marketing campaigns, but the aforementioned investment presented a key moment for the company.

“We will focus more and more on the data-driven selection process, and this is where the money will go,” reveals Broxtermann.

We will focus more and more on the data-driven selection process.

It will also look to grow, hiring high-quality campaign managers and expanding from a team of seven to “maybe 10 to 15 people”.

The aim is to be at the forefront of what is no doubt a growing trend in the mobile games industry, with even developers themselves beginning to build games and strategies around influencers from the outset.

“A couple of companies have integrated influencers into their games as playable characters, and that will definitely grow,” he says. “We know a few companies that are working on games with a focus on that.

“These guys are really huge, and when you have the right influencers with the right target group behind them, that's by far the best user acquisition channel you can have these days.”

Matt is really bad at playing games, but hopefully a little better at writing about them. He's Features Editor for PocketGamer.biz, and has also written for lesser publications such as IGN, VICE, and Paste Magazine.

Fraud alert: How to spot a fake influencer