Maverick Media: "The best part of utilising the influencer space is the direct line of communication to your target audience" 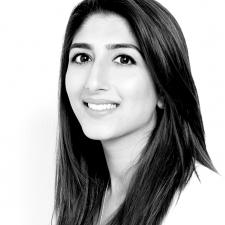 Maverick Media is a creative agency based in the heart of London. The company was founded in 1995 and has been providing creative solutions and out-of-the box strategies in video game marketing for over 20 years.

Maverick has become fully embedded in the fast-evolving influencer space. They've created some astounding campaigns - particularly in the gaming field - and are always seeking news ways to grow and new boundaries to break.

We chatted with Maverick's creative development and digital media manager Shanzay U, to discuss Maverick's past endeavours, their best strategies, and how to stay ahead of the curve in such a competitive and rapidly rising market.

Influencerupdate.biz: Can you give us an insight in to what Maverick Media does and the services you provide, specifically in the influencer space?
Shanzay U: We’re an award-winning creative agency specialising in videogame marketing & advertising in London. We’ve been in the industry for almost two and a half decades. We offer unrivalled specialist skills and experience gained from creating successful campaigns for the world's most prestigious publishers, developers, and brands.

In terms of influencers, we have created and executed many campaigns that have gained global recognition, and helped raise the profile of the respective games. We research, source, and enlist the most well-suited influencers to augment our campaigns - which often include pre-rolls and social content to create hype, and bespoke influencer content, along with the main assets within an influencer campaign.

An example includes our campaign for Watchdogs_2 - which was the first ever YouTuber Drone Race, and included teasers on the influencers’ own respective social channels prior to the main video drop.

We also use influencers to enhance other campaigns, for instance several influencers were used to augment our live action trailer for Tekken7 which then reached no.1.

Speaking of success, our influencer campaign for The Division garnered 1 million views within 24 hours, and Rainbow Six: Siege gathered 1.6 million - demonstrating our understanding of how to drive results through ‘the influencer space’! #NotSoHumbleBrag

What excites you most about the influencer space?
Social media is such a huge medium now that it would be insane not to appreciate it as a tool for any industry. It has so much potential as a platform for marketing and advertising.

So many influencers sell their own merchandise or create their own product lines, because they understand the significance of their own brand - they’re called “influence”-rs for a reason.

They have an impact that drives effects - and that’s really exciting! It’s amazing seeing this evolution in society - it used to be that TV/film/radio/billboard adverts drove results & sales, but here is this relatively new, not fully appreciated, market that has proven to be an effective force for driving sales.

The best part of utilising the influencer space is the direct line of communication to your target audience - there is feedback and conversation. Frankly, it was awesome seeing the feedback to the Kendall Jenner Pepsi ad, because it gives the audience a voice and an opinion - it makes this new form of advertising interactive and gives people the chance to speak about the way they are sold products.

Enhancing a traditional campaign using social media and influencers is - like taking Liza Koshy and David Dobrik and combining them to create a fierce influencer power couple - it’s a Super Move.

Meaning I could tell you all of our secrets about how we would tackle an influencer campaign right now and my opinion on what’s “hot” right now, but by the time this article is released it will probably be old news.

What qualities do you look for when seeking influencers for a campaign? And in turn, what are agencies looking for from influencers?
Without revealing all of our secrets, a few of the factors that we consider when looking at influencers are: Firstly, are they authentic to the brand, the product, and the target demographic? First and foremost, at the core of it, will this influencer fit in this campaign and are they right for this game?

Secondly, are they relevant to the campaign and will their audience even be interested in this product? Influencers can be used to enhance campaigns or to expand the product to new audiences, so would it be worth it for the brand to use this specific one?

Thirdly, do they play this game or this style of game? It isn’t always necessary to use gaming influencers for a campaign, but bringing in an audience that appreciates the product, and an influencer that understands it, is always a factor to consider.

Lastly - are they brand-friendly and professional to work with (depending on the brand themselves)? It’s all well and good to have a large following, but if you don’t understand the morals of the company you will be promoting, or appreciate the opportunities that are being presented then it’s unfair to expect the brand to reciprocate that respect.

What's your most memorable campaign?
Very early on in my role here at Maverick - I was able to experience this massive influencer campaign that was released a few weeks ago for Stellaris with Paradox Interactive. We took six influencers with no prior knowledge of the game and created a YouTube series of their first exposure to this hardcore grand strategy game.

It was a massive campaign - researching through YouTubers/Twitch streamers/Instagrammers, I remember working on set and interacting with these incredibly professional, bright, and funny influencers, seeing the expert crew at work, and watching our creatives and producers working through immense amounts of footage.

We had gathered three roaming cameras and 12 webcams worth of content to create this incredible series that not only garnered a lot of favour from the existing fanbase, but also brought in a lot of new players (evidenced by the declarations of purchase and the use of the promo code provided with the campaign). In fact, it even made me want to play the game!