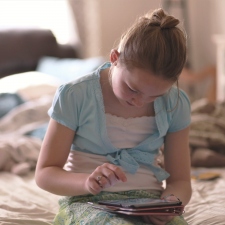 There are more kids on the internet than ever before, and with that comes a new wave of child YouTubers.

There's a few things to consider when working with children at all, let alone children that have a large social following.

Here's a few tips we picked up on working with this new breed of tiny starlet, with advice from a handful of professionals in the space.

Bagnall highlights that a lot of brands don’t actually watch the content of the influencers they’re trying to recruit, which can be a problem. It’s important to understand what the creator does.

"When brands are looking to engage with a young YouTube star there's a lot of research to be done," Bagnall says.

"Do your diligence, because your own reputation is own the line too. Do a google search, do background checks before you engage."

"Even though there's a lot of money spent - brands don't actually watch videos.”

When working with youngs children, marketers need to appease the guardians and representatives of said child before they can even begin their pitch.

"A lot of talent has agents and managers you should find first,” Bagnall adds.

"Youtube also does not provide analytics for kids under 13, so look at the comments to get a sense of the influencers audience and engagement rates."

Britt also nods towards the problems with ads that YouTube experienced over the past year. A YouTuber can restrict the ads that appear alongside their content, so it’s worth taking note of the young creators doing so.

"If you're a viewer being served an advert that isn't age-appropriate, then the child or family isn't actively restricting their own ads. That in itself is a red flag.” She says.

Laura Edwards from Viral Talent emphasises that the talent has to be right for the brand. This matters even more with Kidfluencers; their disinterest is far more obvious.

"Make sure the talent matches the brand. Agencies must recommend the right talent," says Edwards.

"Allow the kidfluencer to provide content that is in the style of what they already do online. There’s no point picking a creator if they're not interested in your product.”

Once a brand is on board, it’s important to get the pitch right. This means communicating information in a way so that the adults and the child understand it. Alex Saker explains how Mischief PR does that.

"We usually do two briefs, one for a parent, and one for the kidfluencer,” Saker explains

"The adult brief explains everything as it should. We then do a separate, simplified one for the child to make sure everything is communicated properly."

We have to stop saying the influencer space is a wild west and thinking we can do what we want.

As with everything, disclosure is important. If a agency or brand has any input in the direction of content, it must be mentioned.

"Editorial control is an important thing to consider, you need to disclose how much involvement the company has in a campaign," Gemma Gallagher says.

"Even then, it also has to be genuine. Kids love watching kids and the important thing is to keep it authentic.”

Britt Bagnall also adds that "gone are the days of making company involvement just look organic". Disclosure is everything.

"The more you can disclose the better,” Bagnall insists.

“We have to stop saying the influencer space is a wild west and we can do what we want, because the ASA and FTC exist and there is now strict repercussions of not disclosing appropriately.

Another thing that marketers need to look at is a performance licence - a government issued pass that allows children to take part in certain events. Sponsored online content falls in to that.

The lead time on applying for a performance licence is three weeks. Without one, a child may not legally be able to take part in a campaign.

"We had a case of a kidfluencer not being granted a licence because they were underperforming at school and the head teacher denied it.” Gallagher explains.

“In the end, the schools have the final say. That’s something else to be aware of if you’re going to work with a child creator.”

The world of kidfluencers is expected to grow exponentially in the next 3-5 years. As more kids come online and grow up with online video as a primary choice of entertainment, more children will also seek to get in to content creation at a young age too.

It’s important for brands, companies and agencies to stay ahead of the game and know how to manage this breed of creator to ensure they’re kept happy, respected and most of all - safe.