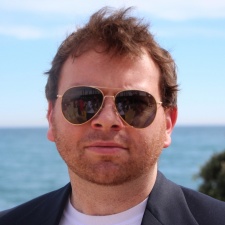 Dylan Collinsis one of the most experienced digital media executives in Europe.

He is currently CEO of SuperAwesome, the #1 kids discovery platform in the UK, reaching over 8M kids every month across online, mobile and physical channels. An active investor and advisor across both kids media and technology companies, he is Chairman of top-rated UK marketing technology agency, Potato and sits on the board of Brown Bag Films, Europe’s leading kids animation studio.

Previously Collins founded Jolt Online Gaming which became one of the pioneering social games publishers in Europe. Jolt was acquired by GameStop (NYSE: GME), the largest video games retailer in the world in 2009 to spearhead their digital media strategy.

As founder and CEO of DemonWare in 2003, he led the company to become the leading online games technology firm in the global console games market. In 2007, DemonWare was acquired by Activision Blizzard (NYSE: ATVI), the world’s biggest video games publisher and is now the multiplayer backbone of the billion-dollar Call of Duty franchise.

Dylan blogs at www.founderware.co and can be found on Twitter as @MrDylanCollins.

In the wild world of online advertising, more attention is being paid to brand and audience safety than ever before.

Amidst the current mire of how personal data is being used, in walks SuperAwesome, a company dedicated to enforcing brand safety across a number of internet platforms. The company runs PopJam, a social network designed specifically for children.

It recently launched Kidfluencer, a project that helps brands navigate the YouTube ecosystem and find reliable, kid-friendly creators to work with. Along with that came SafeFam, a certification programme for influencers to become 100 per cent kid-safe whilst educating parents in the process.

SuperAwesome's efforts to create a safe space for children has proven to be proftable too. The company was valued at $100m back in February, with a reported 70 per cent growth year on year according to The Irish Times.

The rise of kid tech

"Our technology and out platform is used by about 250 companies in the kid space. So we've been building SuperAwesome to provide tools and technologies to help make the under 13 media ecosystem a safer place for everyone," SuperAwsome CEO Dylan Collins tells InfluencerUpdate.biz.

"When it's more compliant with laws, it's safer for kids. That's the general jist of why we started with SafeFam. As more and more of our clients use more our platforms, they've been coming to us saying that they're spending money to engage with kids on YouTube and are seeking ways to make this safer.

"Fundementally, YouTube is an adult platform. The influencer side of things is rapdily growing in the kids media space so we wanted to apply our safety standards to it.

"SafeFam is just about putting a set of content standards in place for creators on YouTube who are under 13, or have what they consider to be an under-13 audience."

What began as an idea to create a standard for younger creators, Kidfluencer became an initiative that Collins says a number of YouTubers have asked to be involved with.

As advertisement on the platform dwindles in the wake of several ad-pocalypses and 'unsuitable for all advertisers' icons, creators need more ways to appear trustworthy in the eyes of advertisers.

The safer you make something, the better it is for everyone in the ecosystem.

"We initially started by reaching out to a number of YouTubers who will have worked within our marketplaces already," explains Collins.

"The momentum began with YouTubers talking to their friends and the parents of YouTubers speaking to other parents about the initiative. We then had people coming back to us.

"Now we've announced it we're getting tons of emails from YouTubers asking to go through this certification because it's something they want to publicly demonstrate.

"I think that's a reflect of the lack of clear standards that are in place for these YouTubers. We were surprised by the level of demand that we saw when we started to push Kidfluencer out.

"We've also had agencies reach out to put their roster of influencers through this certification."

Moderation as a traditional broadcaster

YouTube has come under fire multiple times in the last year over unsuitable content appearing next to content aimed at children. Controversial kids channel Toy Freaks was shut down last summer after it was found to contain offensive, child-unfriendly videos.

YouTube has stipulated in the past that it does not need to be controlled in the same vein as traditional media platforms, but there needs to be some kind of moderation.

"If you go back to when YouTube was first developed - only a tiny percentage of kids were actually using the internet," says Collins.

"The volume of kids online has grown exponentially and I would say that these advertising companies are understandably not prepared with how to deal with that.

"It's tricky for YouTube. They're an adult organisation dealing with an adult platform that wasn't initially designed for this particular issue.

"There's kidtech available for YouTubers to use, as well as resources like PopJam that provide a safe space for creators to make content that's safe for everyone.

"While YouTube won't have any silver bullets here, I'd say they could start to endorse tools and platforms that are supporting the ecosystem for kids. YouTube is only going to get bigger as a platform and a content destination for kids, and it's going to have to work out how to manage it's under-13 community."

The message to parents

SuperAwesome wants to provide guidelines and advice not just for the creators themselves, but for the parents of both young YouTubers and viewers.

YouTube is an adult platform and you have to be mindful of that fact.

"SafeFam is also aimed at parents," Collins adds. "What we had when rolling this out was a lot of the parents of younger YouTube creators coming forward and explaining that their child has half a million subscribers, they're approached by brands and are not sure what we're doing.

"We're trying to put guidelines in place and safety parameters for parents too. The objective is to increase the overall standard of appropriateness of the content created by younger YouTubers whilst making it a safer environment.

"First and foremost, parents should be spending time watching YouTube with their children. It's really not a place where you can leave kids unsupervised. I realise there's practical limitations there, but parents have to be moderating what their kids are watching and searching.

"As the parent of a creator, it's important to understand what a good community looks like and how to cultivate it. Parents also need to actively moderate all of the comments coming in to their child's YouTube channel.

"I think this digital era is one of the hardest times to be a parent simply because the ecosystem for kids hasn't been built out yet. The fundemental takeaway is that YouTube is an adult platform and you have to be mindful of that fact."