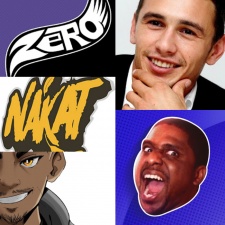 Nintendo fans had a gleeful start to 2019 after the release of Super Smash Bros. Ultimate for Nintendo Switch.

In the wake of its release, many content creators on YouTube and Twitch have been consistently playing the game for their respective audiences.

But with all the many hours of content about Super Smash Bros. continuing to be published, it can be rough finding something interesting. That's where we come in.

Whether you're looking to get competitive with Super Smash Bros. Ultimate or you're a casual player, we have a solid list of five influencers making great content that you should be following in 2019.

The fun stuff like tutorials, community discussions, or match coverage is only the tip of the iceberg here. There are a lot of creators making content about the big Nintendo crossover, but these are channels that stand out and offer something interesting to anyone who can't get enough of the all-star brawler.

7 Kingdom Hearts creators to check out before KH3 arrives