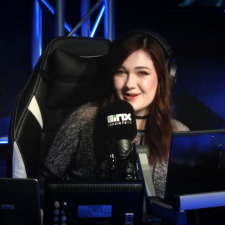 From here on out, Dower will be overseeing the promotion of ESL's initiatives, tournaments and events in the UK in addition to supporting UK-based talent at international events like IEM Katowice.

We spoke with Dower last year about the esports space and her plans to dominate it. She was also featured in our 'Creators to Watch 2017' list.

Dower has been in esports since she started her career casting Counter-Strike: Global Offensive in 2011, but is best known for her work hosting or producing videos at a host of international esports tournaments and events.

Dower recently departed from GINX TV, where she worked as a correspondent, hosting several shows including the Daily Download, a show delivering esports news, opinions and thoughts every weekday.

"Her contribution to the industry, affiliation from grassroots to pro-level esports, and experience in marketing and communications, made Heather the outstanding candidate for the role,” commented James Dean, UK managing director at ESL. “We're extremely excited to have her join our team."

“I’m thrilled to join the well-oiled machine that is ESL UK,” added Dower. “They are doing esports right, running excellent tournaments and supporting grassroots teams. I’m really excited to bridge the gap between the community and ESL and, in my new role, to help share their success stories.”

Naysayerz: "eSports is a very fragile, organic space, and it requires nurturing"