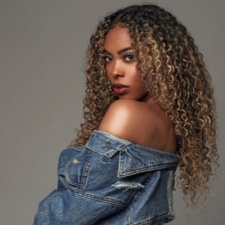 Social app Musical.ly has become a spawning ground for new influencers over the past couple of years, and its latest campaign is putting one of them to work for news channel MSNBC's latest charity drive.

Lucki Starr, who has nearly 1.3 million followers on Musical.ly, is the face of a campaign called #IAmAGlobalCitizen, which is related to the annual Global Citizen Festival concert to raise awareness of extreme poverty.

Tubefilter reports that MSNBC is its media partner, and has teamed up with Musical.ly to get its young users (or 'musers' as they're known) to share videos with their ideas on how to cut down food waste in the western world.

Starr will host a livestream on Musical.ly's sister live-video app Live.ly on the night of the concert on 23 September, with MSNBC also working with Snapchat influencers Savannah Sellers and Jacob Soboroff on coverage for that app.

Musical.ly has been one of the breakout social apps of recent years, reaching 40 million monthly active users by the end of 2016. The app has historically focused on video clips of its users miming and dancing to popular songs, with more than 12m videos uploaded a day.