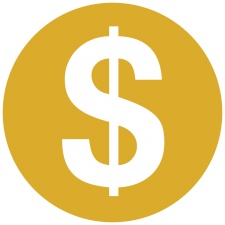 Major advertisers are pulling their adverts from YouTube after finding their brands partnered with offensive content. This is the second time in a year that the platform has come under fire - this time for content directed at children. The number of videos targeted at child audiences is much larger than previously known, YouTube’s response reveals.

It was only in March this year that YouTube saw a slew of advertisers leave the platform, after their campaigns were found displayed next to videos containing hate speech.

YouTube states it has “terminated more than 270 accounts and removed over 150,000 videos from our platform in the last week.” The company also “turned off comments on over 625,000 videos targeted by child predators."

Mars, Cadbury, Adidas, Deutsche Bank and Hewlett-Packard are among the brands that have all immediately pulled advertisements from YouTube, after learning that their ads were appearing next to disturbing, predatory comments on videos from YouTube accounts.

Volunteer Moderators at YouTube revealed to the BBC that the platform's community management tools have not been functioning properly for over a year, allowing thousands upon thousands of inappropriate comments to appear on the platform unnoticed. An estimated 50,000 to 100,000 comments had not been caught by YouTube's monitoring system.

These comments were first highlighted on Toy Freaks - a channel with 8.5 million subscribers that sat comfortably in YouTube's 100 most viewed channels list. The channel has since been closed for 'Violating YouTube community guidelines', after an article on Medium brought the controversial content to light.

It's become apparent that highly trafficked YouTube channels similar to Toy Freaks have been successfully manipulating the plaform's algorithym and tricking childen in to clicking on disturbing videos, by using popular tags found in kids' content.

Of course, while YouTube may be finally waking up and addressing these issues, they've not been entirely accurate with their efforts. Thousands of PG channels aimed at younger audiences are being demonetised and rated 'unsuitable for advertisers', leading other creators to suffer. This could be due to the number of seemingly acceptable tags that are also now being flagged in those inappropriate videos.