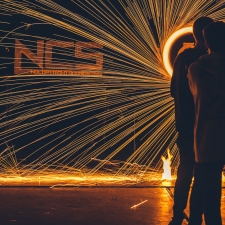 Games channels of all kinds have used tracks from NoCopyrightSoundssince it was founded in 2011 as a way to offer royalty-free music for YouTubers to use in their videos, in return for a credit and link back.

This week, NoCopyrightSounds has a new milestone to report: more than 1m paid music downloads on Apple's iTunes store. Despite giving music away for free on YouTube – or rather, because of it, the channel is selling music in a year when the prevailing trend in digital music is away from downloads and towards streams.

"At a time when conventional wisdom says that paid downloads are becoming irrelevant, we've proved the
value of letting fans choose how and where to support the artists they love," said Graham Best, director of NoCopyrightSounds.

The 1m downloads come from songs that the company has released through its own label, many bought by people who've heard them for the first time when watching a games, beauty or vlogging video on YouTube.

"Similar to services with a freemium model, NCS provides both the option to enjoy music for free but
at the same time also enables fans to support the music across paid services," said label manager Daniel Lee.

"We find that giving our music away for free means that we make it easier for creators to find and download music quickly for use in their content. Making it easier for those creators eventually leads to new audiences discovering the NCS music, which finally translates into more downloads, streams and has now led us to hit the milestone of 1m record sales on iTunes.”

NoCopyrightSounds should end 2017 with a few more than 1m downloads though: its label has released a 'Best of 2017' compilation offering 16 of its best tracks this year for £3.49, although it's also available on streaming services lke Spotify.