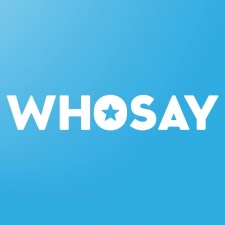 MTV's parent company Viacom is getting into the influencer-marketing game, via an acquisition of New York-based agency WhoSay for an undisclosed amount.

Variety notes that the two companies have been working together for the last two years on more than 50 campaigns already, including for MTV's Video Music Awards (VMAs).

"From a social standpoint, while we’ve had some excellent work there, it’s really been focused around our tentpoles like the MTV VMAs. One of the reasons we’re so excited about Whosay is, this instantly puts us into a 52-week capability to deliver social solutions with curated scale," Viacom's head of sales Sean Moran told Variety.

WhoSay works with a range of influencers, from established celebrities to micro-influencers on the various social networks. Its clients have included McDonald's, Wal-Mart, AT&T and Pantene among others.

The company had raised more than $20m of funding since 2010.

AwesomenessTV is now headed by two of the company's executives