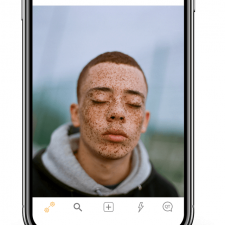 Having made it all the way to the as-yet-unbroadcast final season of Game of Thrones without her character Arya Stark meeting a violent death, Maisie Williams could be forgiven for resting on her laurels.

Instead, she's part of the launch of a new startup, Daisie, whose app aims to help young creators collaborate and get their work discovered.

Due to launch by August, Daisie will partner up with talent agency WME according to TechCrunch, with WME tasked with building a network of filmmakers, musicians and other creators.

It's a sister company, of sorts, to Daisy Chain Productions, which Williams and Daisie co-founder Dom Santry founded in 2017.

"I want Daisie to give other creatives the opportunities that I was lucky enough to receive at the beginning of my career," said Williams of the new venture.

"Daisie will break down the archaic gap between youth and creative jobs; offering new opportunities for individuals to collaborate, learn and create – establishing a new way for talented individuals to be discovered and employed."