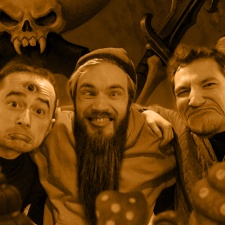 Few details on the game are available beyond the fact that it will be launched on iOS and Android. Bulbware will handle the actual development of the title from its studio in Krakow, while Kjellberg will provide creative input.

As the name suggests, Poopdie largely focuses on scatological humour. Its main character, the titular Poopdie, apparently creates creatures made of excrement which the player will likely control.

PewDiePie has leant his likeness to other mobile games such as Tuber Simulator and Legend of the Brofist. He has also used his position as an influencer for games such as Seriously's Best Fiends.