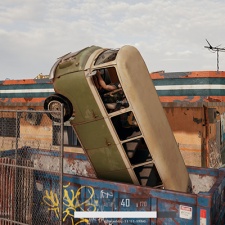 Today marks one year to the day since PlayerUnknown’s Battlegrounds arrived on Steam Early Access.

However, the celebrations will be muted by news that it is currently falling far behind its main rival Fortnite on Twitch.

SuperData reports that in the last week of February Fortnite had 14m unique viewers on Twitch. PUBG, in comparison, had 8.7m. That’s a big reversal of the position seen in late January when PUBG had 8.4m and Fortnite just 6.1m.

All of which chimes with previous data detailing Fortnite’s current lead in the streaming war.

Adding to the pain, Fortnite also passed PUBG in terms of total monthly revenue in February. Epic’s game amassed total spend of $126m compared to PUBG’s $103m. The latter’s revenue has been in decline since December, too, while Fortnite’s is still trending upwards.

Of course, lifetime revenues are likely a very different story, as each of PUBG’s 30m users bring with them a £27.99 purchase. Fortnite, in comparison, is free to play.

The reasons as for why Fortnite is enjoying such a successful period are numerous. Being free is a huge plus, as arguably is the fact that the game is easier to get to grips with and boasts a possibly more widely appealing cartoon aesthetic.

It has also captured the mainstream consciousness in a way PUBG never did, while the money earned by its most popular players such as Ninja is attracting the attention of big YouTube stars including Logan Paul.

In comparison, PUBG continues to struggle with cheaters. Developer Bluehole says that it’s slowly getting to grips with the problem, but the time and resources that have been poured into the issue have slowed expansion plans.

Nonetheless, changes do continue to roll out. Having launched a new map late last year, another is due this month and a fourth by June. PUBG also yesterday announced an upcoming slew of in-game special events. This in itself is interesting as this is something Fortnite already offers, and following the recent introduction of emotes is yet another example of PUBG following its rival’s lead rather than the other way around.