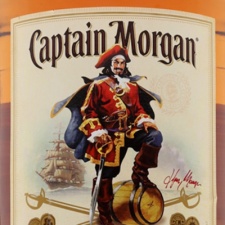 The owner of rum brand Captain Morgan has revealed that it will not be returning to Snapchat for any further ad campaigns.

The Drum reports that drinks company Diageo froze its ad spend on the platform earlier this year after questions were raised about its age verification processes.

Now it has confirmed that its alcohol responsibility campaign, which was fronted by UK grime artist Lady Leshurr, will not run on the platform and no further promotions are planned.

The campaign was initially put on ice after the Advertising Standards Authority warned of a conflict between Diageo’s alcohol advertising and Snapchat’s relatively lax age verification process. Indeed, Ofcom claimed that 34 per cent of eight-to-11 year olds have Snapchat profiles. Snap claims that in the UK this number is closer to 16.5 per cent, however.

“It was a real shame, we were excited about that partnership," said Captain Morgan’s head of Europe Amy Mooney.

"Unfortunately for a number of reasons it wasn’t the right partnership for us in terms of responsibility, we did all the rigorous checks beforehand but unfortunately due to data inaccuracies and things like that it wasn’t feasible for us to work with them anymore.

“It was absolutely the right call for us to walk away from that because it materialised that the audience wasn’t who we thought it was.”

Diageo had previously terminated its YouTube ad deals over similar underage targeting concerns. However, the decision is good news for Facebook and Spotify, which Digiday reports will now play host to the Lady Leshurr campaign.

“Facebook and Instagram are still key platforms for us, as is Spotify. We want to reach millions of people,” said Mooney.

“We’re probably a bit of a nightmare for our creative agency because we end up giving them a list of assets of every format possible to create for. What we don’t want to do is try and get someone to watch a 30-second TV ad on Facebook because it won’t work. We’re playing with different lengths and different types of messaging or levels of branding because we’re conscious of not trying to bombard them.”