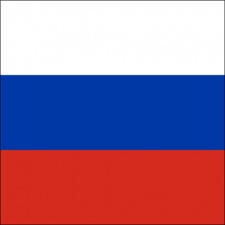 Games broadcasting platform Twitch has been blocked in Russia as part of a ban on the Telegram messaging app.

The company behind the app had refused to bow to pressure and a court order to give the state access to encrypted messages by users.

The Federal Service for Supervision of Communications, Information Technology and Mass Media proceeded to then ask  internet service providers to block Telegram.

The ban on the app however has resulted in 16 million IP addresses owned by Amazon and Google being blocked as well. Telegram uses cloud services from these companies, as well as Microsoft, to get around the country's attempts at blocking it. This means a number of sites and services, like Twitch, have been taken down.

According to a statement from IT infrastructure firm G-Core Labs to InfluencerUpdate.biz, which like a number of companies in the region is now offering services for those experiencing problems, companies affected by the mishap include NCSoft, Nintendo, Super Evil Megacorp and Roberts Space Industries.

Twitch affiliated streamer Angry_Roleplayer also posted on Reddit about the situation, confirming that their channel had also been blocked.

“I have literally no idea how i can stream with twitch in this situation,” read a message.

“And i am a full-time, twitch affiliated streamer and i just get 2000: Network Error now. Will have to stream on youtube for the time being.”

Some companies have begun taking advantage of the situation by offering their hosting services to help those affected.

This will unlikely be helpful for streamers however, who much like a Angry_Roleplayer will now have to stream on different platforms until the situation is resolved.