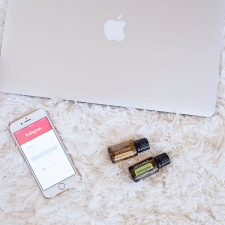 Some influencers in South Africa can earn up to R10,000 just from sponsored posts on Instagram, according to a digital content strategist.

Clerissa Visser, who works for digital consultancy Platinum Seed, said that influencers in the country can earn between R500 (Around $39) and R10,000 ($795) per post on the photo-sharing platform.

[And] the influencer market in South Africa is just getting started, compared to more developed countries in the West,” Visser tells Business Insider South Africa.

“One can get paid even more [than R10,000] if you’re working with celebrity influencers.”

The influencer marketing space is expanding rapidly across the globe - valued at an estimated $2 billion in 2017.

Visser, has worked with the likes of Rocking the Daisies, Vodacom, and Glenfiddich. She says that brands in 2018 pay more attention to engagement rates rather than how large a following is.

“You may find yourself at 2,000 to 5,000 followers and already making a small-but-steady cash-flow with a brand that values the people you speak to and your skill at speaking to them,” she says.

“However, you will generally find that bigger brands in more competitive industries, such as fashion, for example, where almost every second Capetonian has an on-again, off-again fashion blog, only really start to take notice when you have upwards of 10,000 followers.”