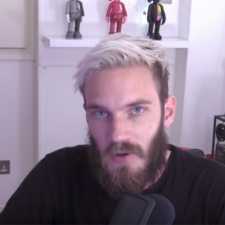 Felix ‘PewDiePie’ Kjellberg has attacked YouTube once again over his significantly decreased monetisation.

“Are you telling me someone that is making less ad revenue than ever and is probably selling less merch than ever decided to go on another path of earning revenue? I don’t understand this. Please buy a hat,” he said sarcastically of Logan Paul’s recent decision to quit daily vlogging in the video you can see below.

“I am legit making more on selling these hats this month than I’m making on ad revenue despite uploading daily content. Do you understand how bad ad revenue is? I might as well not even call myself a YouTuber. I’m a hat salesman at this point. That is my profession. Really I just wanna just want to thank YouTube for having such a great way of monetising their platform. It’s wonderful.”

Kjellberg’s has a history of being fairly selective with his reasoning and this is no exception. While YouTube demonetisation is a very real and serious issue, his has certainly contributed to his own personal revenue struggles. Some still argue that his flirtation with anti-Semitism and racism was the catalyst for what is now widely referred to as the ‘adpocalypse’.

Indeed, in the same video Kjellberg refers to YouTubers being lambasted for making ‘one mistake’, while of course to outsiders it can often seem bewildering that so many creators are given so many chances despite repeatedly wetting the YouTube bed.

“I’ve talked about happiness a lot on this channel because I’ve seen so many people struggle with it. YouTubers, I mean,” he added. “Because constantly being evaluated by numbers… as soon as we make one mistake it seems like your whole fanbase and everyone has just turned against you.

“When I filmed Scare PewDiePie I think that was the worst time for me… because I felt so trapped, doing something that I didn’t really want to do. I was taken away from what I really wanted to do which was to make videos.”

It is worth pointing out of course that Kjellberg is far from the only voice bemoaning the current situation. Creator Philip DeFranco said in a recent video entitled ‘Tired, Frustrated, But Also Excited’ that his current channel is unlikely to survive.

“I am tired of trying to work with the alcoholic, negligent stepfather that is YouTube,” he said of demonetisation. “At this point, it really doesn’t matter if you’re swerving this car into a tree on purpose, or you’re just asleep at the wheel and that’s what happened.”