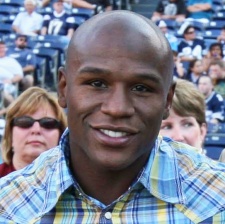 Two social media personalities are under fire after becoming embroiled in a multi-million dollar crypto scam.

Musician DJ Khaled and boxing star Floyd Mayweather have been mentioned in a lawsuit against a crypto venture named Centra Tech.

The lawsuit was filed by investors who had lost significant amounts of cash on the venture. Khaled and Mayweather were caught in the crossfire after photos of them promoting the venture appeared on social media.

Centra Tech raised $32m through an initial coin offering (ICO) but its founders have since been charged with a number of crimes, including wire fraud.

The two influencers encouraged their combined fan base of 50 million followers to invest in the venture and were allegedly compensated on a 'pay-per-post' basis. However, neither of them disclosed that their posts were a paid promotion.

Khaled and Mayweather are presumed to have not known about the fraud, but investors highlighted that the venture would not have been so successful had the pair not utilised their influence to promote it.

While the pair may not have been involved with the actual crime, not disclosing a sponsorship is an all too familiar problem inside influencer marketing, and that also happened here. The notoriety of this case could see influencers taking more care with their sponsored posts in the future.

The rules and regulations surrounding influencer marketing are constantly being refined. Here's our guide to the ASA's recently updated rulebook.