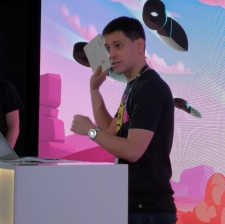 Supercell is set to hand a global launch to what will be only its fifth-ever live game on December 12th with the release of Brawl Stars.

The title has been in soft launch for 544 days, but the famous Finnish developer behind Clash of Clans and Clash Royale believes the game has what it takes to be its next hit.

The next big hit?

Brawl Stars is a 3v3 real-time multiplayer brawler. Game modes include Gem Grab, in which players must collect and hold on to 10 gems to win, and Bounty, where teams must obtain the most stars by defeating their opponents.

Over the years, videos based around Supercell's mobile games such as Clash of Clans and Clash Royale have been big hits for content creators on YouTube.

That influence has waned though. As we've previously reported, Clash Royale's popularity has faded and, though still popular, isn't the big hit it once was for content creators.

Brawl Stars could take its place atop the YouTube viewership rankings. When Supercell first unveiled the game, it showed off its potential for streaming and video content by bringing in big names to duke it out live.

To celebrate the imminent global launch of Brawl Stars, Supercell has invited more than 70 content creators to its studio - those who are considered a core part of the overall Supercell games community. A select few names will get the chance to officially ‘push the button’ on various territory releases.

It's proof how serious Supercell is about working with its community and content creators to help ensure Brawl Stars' success.

Following such a long soft launch period, Lighton said today: “We At Supercell have never prepared more for a game launch.” Lighton added that at the core of the game will be the community it has built.

Supercell CEO Ilkka Paananen thanked the content creators and community at large for sticking with the game.

He said that due to Supercell’s high bar for a global launch, “we do kill a lot of games”.

“Despite that, so many people decided to stick with the game and support it,” he continued.

“As Ryan (Lighton) just mentioned, one of the big goals the Brawl Stars team has is they want it to be the most community oriented/centric game we’ve ever put out.”

PocketGamer.biz has been given an all-access pass to the launch and Supercell’s Helsinki studio. We’ll be giving you a full look at the inner workings of the world's most famous mobile games company soon.

Full disclosure: Supercell has paid for our flights and accommodation. Our coverage remains neutral.