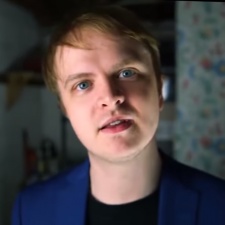 The stream, which grew in popularity after being discussed and shared online, had the streamer playing Donkey Kong 64 for around 60 hours over Twitch.

Brewis' stream had a lot of support from the LGBTQ+ community, including shoutouts and support from various activists, game developers, fellow Twitch streamers, and a number of celebrities.

What an amazing thing @Hbomberguy ‘s charity stream has been, just goes to show those daft things we make called video games really do bring lots of people together from all walks of life for the common good

I am now once again in @Hbomberguy's charity stream of endless Donkey Kong horrors! https://t.co/N5CFR3Jc4Z

The original goal for Hbomberguy’s stream was set at $2,000. However, after nearly 40 hours of gameplay, the stream was well on its way to passing more than $200,000 in donations raised.

By the time the 50 hour mark was passed, $350,000 was well within range. Since the stream’s completion, Hbomberguy is receiving many messages and praises over social media for the accomplishment. He’s since posted on Twitter that he can finally rest up after gaming for so long.