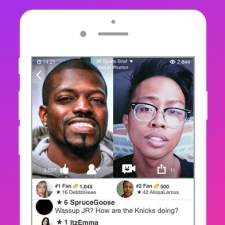 More than 40 million people have signed up to video-livestreaming app YouNow since its launch in 2011. Now the company is planning a new spin-off.

Its new app is called Rize, and will be similar in many ways: it'll enable people to broadcast live video to the world, as well as to tune in to what other broadcasters are streaming.

The twist here is that Rize will use the Ethereum blockhain technology and its own cryptocurrency called 'Props' to provide a new way for influencers to earn money from their popularity.

"In addition to allowing people to buy a standard in-app currency, Rize allows people to earn the cryptocurrency Props for their various contributions to the network," explained Fortune in its profile on the company's plans.

"A broadcaster can earn Props for hosting a lively group chat, for instance. Or software developers can earn these tokens by designing new apps and features, like mobile games, auctions, or karaoke apps, that incorporate Props."

YouNow will be raising money by selling Props in an 'initial coin offering' (ICO), which is currently a popular way for startups using blockchain technology to raise funding.

YouNow is certainly setting its sights high with the launch. "We have a few entrenched social networks and big media companies and they’re going to need to be disrupted," said CEO Adi Sideman.

The company will be hoping that its new twist on earning money will attract plenty of influencers to Rize, once the app launches.

Rize live-video app will give cryptocurrency to influencers