Rize live-video app will give cryptocurrency to influencers 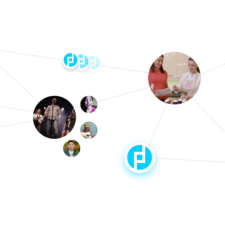 In September, we reported on livestreaming startup YouNow's plans to launch a new app called Rize, backed by its own 'Props' cryptocurrency. Now it has announced plans to give the latter away to influencers who sign up for the app.

Up to $5m of the Props tokens will be reserved for early adopters of the Rize app, as well as veterans of the existing YouNow live-video app.

In the latter case, YouNow streamers will be able to claim their "courtesy Props" based on their level in that app, as well as whether they have qualified for partner or producer status.

However, Rize will also be tempting influencers from other social networks and video services – YouTube, Twitter, Twitch and Instagram to be specific – by offering them bonus Props if they buy the tokens later this year.

Anyone with more than 5,000 followers elsewhere can claim a 5% bonus when buying Props, with the bonus increasing through various tiers of star up to those with more than 10 million followers, who will be able to claim a 40% bonus.

"We are committed to the mission of creating a more open and equitable media ecosystem, where creators and other valuable contributors have a personal stake in the network they build with us," wrote the creators of the Props project in a blog post.

Will the offer of free (or at least bonus) cryptocurrency tempt online influencers to use a new livestreaming app? While many will prefer to stick with their established audiences on other platforms, the potential for future crypto-riches may help Rize attract social stars from beyond its parent app YouNow.