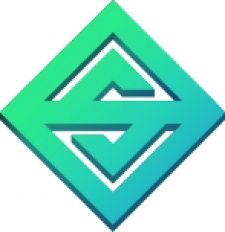 SocialMedia.Marketis the latest startup looking to raise money through an initial coin offering (ICO) rather than from traditional sources of seed or VC funding.

The company describes itself as "the first decentralised ecosystem to discover, create, perform and analyse advertising campaigns with social media influencers across any social network", and will be using one of 2017's most talked-about trends – blockchain technology – to do it.

SocialMedia.Market will launch its 'token sale' on 16 November, essentially minting its own cryptocurrency which will be used for transactions within its platform, as well as being tradeable on external crypto exchanges. The company has already kicked off a 'pre-sale' – a common strategy for ICOs.

Rather than see this as a get-rich-quick opportunity, influencers, agencies and brands would do better reading up on the company's plans for its platform, to gauge whether it can bring something new to the influencer-marketing world.

"Blockchain technology will simplify integration, reduce fraud and costs for all market participants," claims SocialMedia.Market in its ICO document.

"It will create a 100% safe and transparent, competitive marketplace that will open opportunities for thousands of influencers and brands all over the globe, forming targeted audience exposure and engaging consumers in the most relevant and efficient ways."

Among the features touted are an escrow-based payment method to avoid delayed or non-payments, as well as a dispute-resolution system. The company is also trumpeting its database of influencers and filters for brands and agencies to dig through them, as well as campaign analytics and other tools familiar from other startups of this type.

There's a mini-trend of influencer marketing companies turning to ICOs and tokens to raise money in 2017. Other examples include Mavin, which is launching its own token sale on 21 November, and live-streaming video app YouNow, which is launching a spin-off app called Rize that will use its own cryptocurrency.