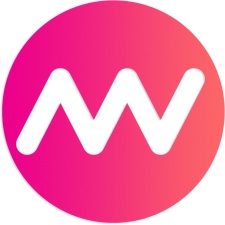 Swiss startup Mavin says it will use blockchain technology to shake up the way brands pay influencers for marketing campaigns.

The company is launching a 'token sale' (also known as an initial coin offering) on 21 November to raise funding to develop its platform to connect brands and agencies with influencers.

Not just the most popular influencers, or even the much-talked-about 'micro influencers' either. Mavin says it sees an opportunity to help brands market through "very small nano influencers".

That's partly because of its use of blockchain-based technology to automate the costs of booking and paying influencers for marketing campaigns. Mavin will also use its own 'MVN' currency to make the payments.

"Mavin differs from other influencer marketing platforms in that its user base is bottom up, starting from the very small nano influencers. A typical platform struggles with the sheer number of influencers they need to handle and reward," said CEO Daniel Jazbec in a statement.

"That is one of the reasons nano and micro influencers have fewer opportunities compared with their bigger competitors. Mavin is based on a blockchain-based application with a self-maintained quality verification framework an approach that lays the foundation for a highly scalable platform that is able to maintain high-quality standards."

Will people want to be paid in MVN coins rather than regular currency? As the platform gets up and running, we'll find out.

Mavin isn't the only company exploring the idea of blockchain technology and cryptocurrencies in the influencers space. This month another startup, indaHash, launched its own cryptocurrency for influencers, while video live-streaming app Rize will be launching a currency called 'Props' when it goes live later this year.